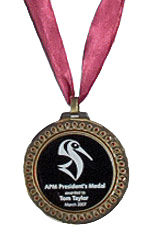 APM is the Association for Project Management – the pre-eminent institution for project and programme management in UK and which is respected world wide.

Tom is or has been:

For more information on APM visit www.apm.org.uk
Tom wrote and produced the video “What do project managers do?” supported by APM which is available here.